So it is tryout/training camp time once again.

How are we doing? Hopefully quite well but remember if you get cut it is not necessarily the end of the world. If you wind up in that situation I encourage you to reach out to me as soon as possible. We have openings in multiple programs where you just might be the right fit!

Remember even Michael Jordan got cut from his high school basketball team and it did not stop him.

“Everybody goes through disappointments, it’s how you overcome those disappointments. I just wasn’t good enough. In terms of the best thing that could happen to me was to get cut, cause it made me go back and get caught up with my skill level at my height.” -  Jordan, The G.O.A.T.

Since the stakes are a bit higher this week, I want to focus this week’s newsletter on persistence, motivation and overcoming obstacles. So before we begin Coach Littler’s favorited article, check out this video about : 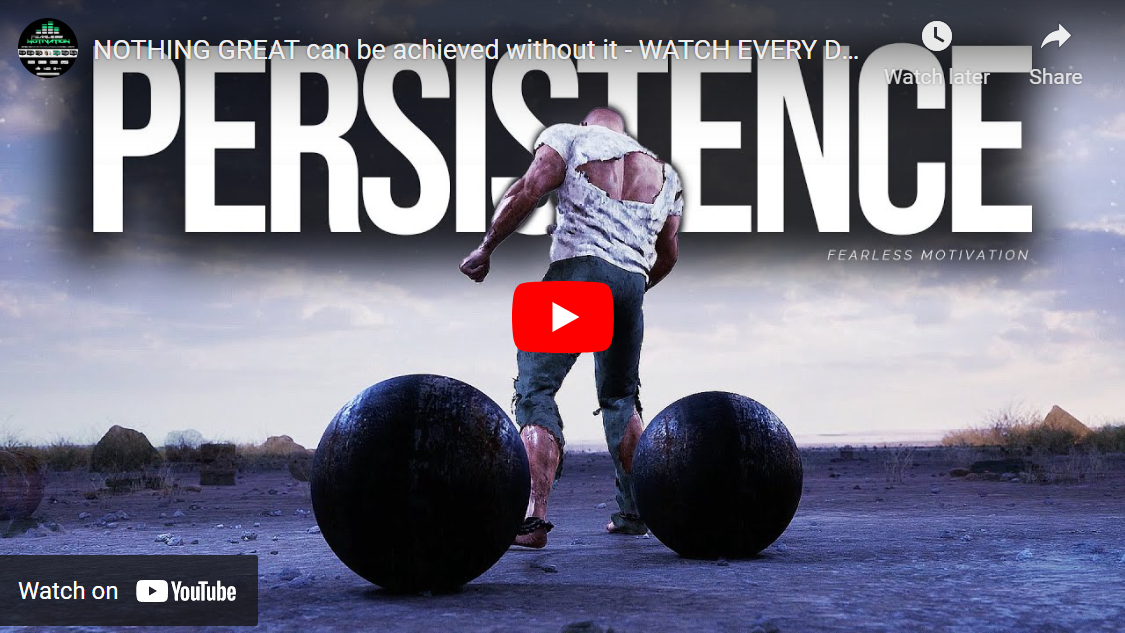 In a research experiment, a marine biologist placed a shark into a large holding tank and then released several small bait fish into the tank.  The shark quickly swam around the tank, attacked and ate the smaller fish.

The marine biologist then inserted a strong piece of clear plexiglass into the tank, with the shark on one side and a new set of bait fish on the other.  The shark attacked, slamming into the plexiglass divider over and over.  The fish swam around unharmed in their section.  After about an hour, the shark gave up, according to this story from “Bits & Pieces.”

Over the next few weeks, the shark made fewer attempts to attack the fish, until it stopped attacking altogether.  When the marine biologist removed the divider, the shark didn’t attack.  It believed a barrier existed between it and the bait fish, so the fish swam wherever they wished, free from harm.

I love shark stories … is it any wonder why?  But how many imaginary barriers do you see separating you and what you really want?

Many of us create barriers for a variety of reasons.  Maybe we were trained that way and need to reprogram ourselves.  We don’t think we have options.  We don’t want to take chances or rock the boat.  Or it could be that we simply don’t want to do something, so we create doubt.

If we try something and fail, is that a reason not to try it again some time later?  Things change.  We change.  That’s not an excuse to give up on something.

I wrote a column years ago about the late Randy Pausch, a professor at Carnegie Mellon University who learned he had pancreatic cancer.  He gave a final upbeat speech, eventually viewed by millions, titled “The Last Lecture.”  In it he said:

But brick walls get knocked down every day.  When you know that what you want is on the other side, and you want it more than you want anything else, you go looking for a sledgehammer that can knock holes through it.

I think of the challenging times when I was starting my company, or when the envelope business seemed to be on the brink of extinction, or when a civic project I was heading up hit a roadblock.

It would have been easier to give up. But then I would have to live with my decision to quit rather than persevere. Could I overcome that disappointment?

In the wise words of Sir Edmund Hillary, the first person confirmed to reach the summit of Mount Everest:  “It is not the mountain we conquer, but ourselves.”

So who says that you can’t accomplish your goals?

Who says that you’re not tougher and better and smarter and harder working and more able than your competition?

It doesn’t matter if they say you can’t do it.  The only thing that matters is if you say it.  As we all know, if we believe in ourselves, there’s hardly anything that we can’t accomplish.

That shark would have been wiser had it heeded the words of Oprah Winfrey, whose career had plenty of bumps as she started in television:  “Do the one thing you think you cannot do.  Fail at it.  Try again.  Do better the second time. The only people who never tumble are those who never mount the high wire. This is your moment.  Own it.”

Surviving a setback is more tolerable if you step back and review your goal.  Get some perspective on the direction you need to take when you recover from this stumble.

When I have doubts, I always remember the famous words of Thomas Edison, perhaps the greatest American inventor of 1,093 revolutionary technologies, who said,

“I have not failed.

“Sticking to it, is the genius! Any other bright-minded fellow can accomplish just as much if he will stick like hell and remember nothing that’s any good works by itself... I’ll never give up, for I may have a streak of luck before I die.”

Not a Victorious client? Don't have a profile yet? That’s okay you can still get one, it's completely free. Just go to: juniorhockey.com/players/edit_profile.php

* Disclaimer: This site may contain advice, opinions and statements from various authors and information providers. Views expressed in this article reflect the personal opinion of the author, Michael Moore, and not necessarily the views of JuniorHockey.ca. JuniorHockey.ca does not represent or endorse the accuracy or reliability of any advice, opinion, statement or other info provided in the article, or from any other member of this site.