If you want to become a champion in any arena you need to have the right mindset for success. Dr. Bob Rotella, “America’s Premier Sports Psychologist” talks in depth about the champion's mindset in the NYT best-selling book, How Champions Think: In Sports and Life.

Dr. Bob Rotella has had the privilege to work with elite athletes & executives around the world for decades. The longer he worked with elite individuals, the more he realized how much they have in common.

Use these top five lessons to learn how champions think and start creating the life you truly want;

1. Build Your Self Image | How Champions Think

Dr. Bob Rotella agrees and speaks at length of the importance of building a positive self-image. To be a champion, you have to create the image of a winner before it actually manifests in your life. You can’t expect it to happen overnight either.

To build a self-image you need to first identify who you want to become. Then, adopt and practice the habits and rituals of that person. Make a plan each day to get one step closer to your future self.

The more promises you keep to yourself, the more you will build your self-image and ultimately self-respect over time.

Success at extraordinary levels is impossible with a fixed mindset. To be a true champion in life, you have to adopt a growth mindset. You have to believe that you can overcome anything, learn the skills, and produce the results you want.

When you channel a growth mindset, you can take on the two qualities Dr. Bob says is necessary to become a champion — optimism and confidence.

3. Trust The Process | How Champions Think

Champions understand that success isn’t a straight line. They set a goal, make a plan, and trust the process.

When things go wrong they don’t have shiny object syndrome. Instead, they stay committed to the plan and process.

4. Fail Your Way to Success | How Champions Think

Champions accept failure as a stepping stone to success. They don’t see a failure as a dead end, instead, they use it as a learning lesson.

Champions in any arena of life know that is a choice to take pride in their persistence and patience. They understand setbacks are inevitable. But they don’t take them personally or let them diminish their belief in themselves.

To think like a champion you have to use failure as fuel to take your life to the next level.

5. Surround Yourself With People Who Make You Better

No one ever accomplished anything great alone. Champions know they need a team to make them compete at the highest level.

Look around in business and sports and it’s evident. Arguably the most successful hedge fund manager ever, Ray Dalio, has worked with high-performance coach Tony Robbins for 30 years. Tiger Woods, Michael Jordan, and Tom Brady all surround themselves with the best coaches and trainers in the world.

If you want to be a champion you have to guard your inner circle and make sure everyone is helping you towards your goals.

Remember, if you want to be a champion in life, you have to start by creating the right image of yourself and pair it with the right mindset. Once you start there the rest of the process will be much easier. 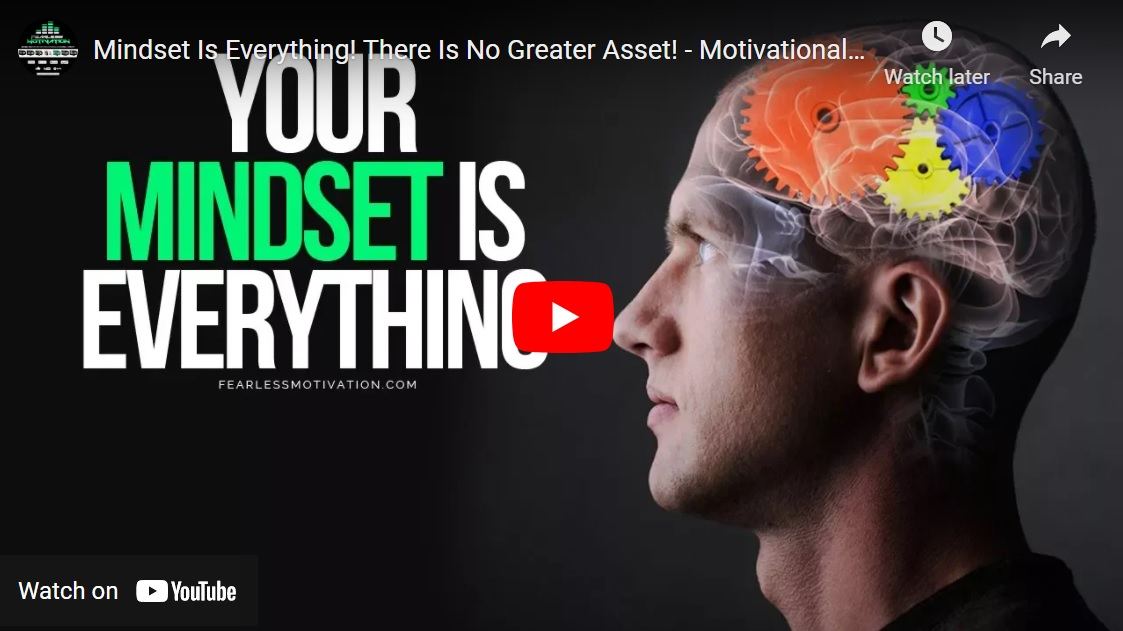 Not a Victorious client? Don't have a profile yet? That’s okay you can still get one, it's completely free. Just go to: juniorhockey.com/players/edit_profile.php

* Disclaimer: This site may contain advice, opinions and statements from various authors and information providers. Views expressed in this article reflect the personal opinion of the author, Michael Moore, and not necessarily the views of JuniorHockey.ca. JuniorHockey.ca does not represent or endorse the accuracy or reliability of any advice, opinion, statement or other info provided in the article, or from any other member of this site.